Classical is an adjective that refers to the period when classical music was written between the mid-eighteenth century and the advent of romantic music, around 1820. Here, we are talking about Western scholarly music. The latter has its origins in antiquity. The first pieces of so-called classical music were inspired by Gregorian cats. Classical music as you know it extends from the Baroque period (1600) to today. Discover our piano lessons!

Antonio Pompa-Baldi invites you to take his piano masterclass about the interpretation and techniques of 9 classical pieces composed by Beethoven, Mozart, Liszt etc. 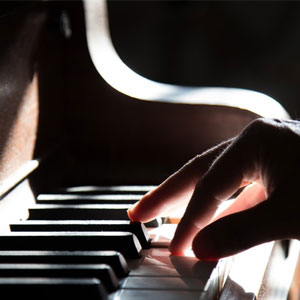 Get unlimited access all lessons, styles and instruments with one subscription!

Here we will not talk about the great composers and pianists of past periods but many current great virtuosos or at least a few.

Lang Lang, a Chinese artist who started at the Beijing Conservatory, began learning piano at an early age and is now one of the greatest known and acclaimed virtuoso musicians. A little over 35 years old, he travels the world and delighted everyone, amateurs, professionals and other virtuosos with his almost theatrical interpretations.

Sonya Belousova, a young Russian girl of only 30, from St. Petersburg, was decorated at the age of 13 in Russia for her exceptional and early talent. It stands out for its softness and sensitivity but also for its interpretations of known music, such as film music or video games. The most remarkable of her abilities is that of creating outstanding compositions on songs she has only heard once.

Chilly Gonzales, a Canadian who over the years has forged a reputation as a somewhat wacky artist. His magnificent talent at the piano was revealed to the world when he released his album “Solo Piano” in 2004. What is very impressive in this virtuoso is above all his ability to play everything on the piano. He also holds the world record for the longest concert, no less than 27 hours! A true musical genius (according to himself).

Classical pieces to learn on the piano

Discover famous classical pieces that you can learn on the piano at imusic-school! Learn how to play them in our piano lessons, then practice with the backing tracks available.